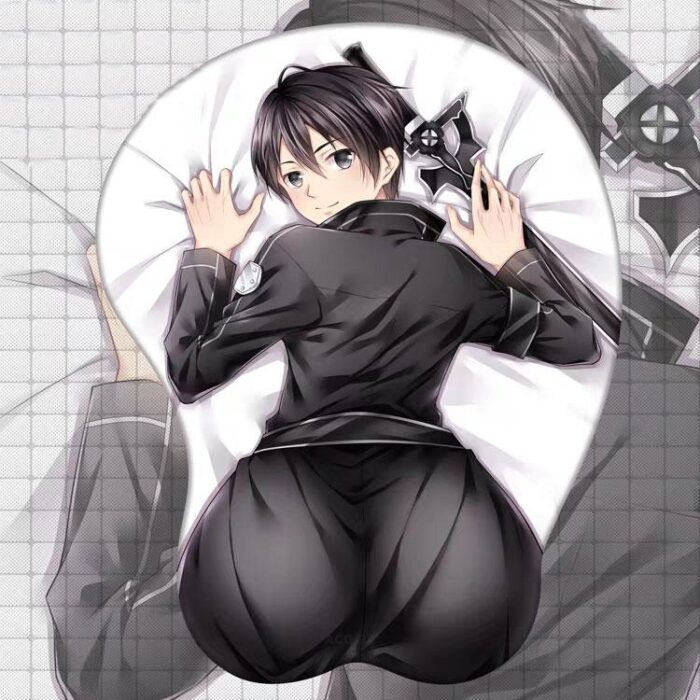 As the main protagonist of Sword Art Online, Kirito was chosen to be one of the one thousand beta testers for the closed beta of Sword Art Online, the first ever Virtual Reality Massively Multiplayer Online Role-Playing Game (VRMMORPG) for the NerveGear, and later joined the official version of the game where he became one of the 10,000 players trapped in Sword Art Online. During the start of SAO, he befriended a girl named Asuna. During the 1st Floor Boss, as Illfang the Kobold Lord’s weaponry and attack patterns differed from the beta, while the raid party relied on Argo’s published beta test version of information about it, Diavel was killed by the monster while attempting to obtain the Last Attack bonus. Because of this, the hatred for beta testers resurfaced and threatened to go out of control. Kirito decided to end the tension by claiming that a majority of beta testers were inefficient and incapable players, while only a select few of the beta testers like himself resulted the creation of the category Beater and Kirito remained a solo player for majority of the game.

During the time Kirito spent in SAO, Kirito joined a guild named the Moonlit Black Cats, but he keeps his character’s level a secret thus, this resulted the entire guild being killed by monsters and that led to Kirito wallowing in his despair and self-loathing until he read the time delayed message Sachi left for Kirito on Christmas Eve. This event refraining Kirito from joining another guild. Kirito befriended a girl name Silica and helped her revive her pet Pina. Later, Kirito meets a blacksmith named Lisbeth, who forges a new sword for Kirito after he unlocked a unique skill, Dual Blades although he kept it hidden to avoid attention however, he was forced to reveal it during 74th Floor Boss fight in order to save the people nearby as they couldn’t leave by teleport crystal and defeating the boss. Later hee was forced to join the Knight of Blood Oath after the revelation of his unique skill and accepted the duel against Heathcliff for allowing Asuna to go with him and lost. He soon begin to develop a relationship with Asuna and later married her in-game. Later, Kirito exposed Heathcliff as Kayaba after 75th Floor Boss. He faced him in a one on one duel with a condition; to allow every player to logout if Kirito wins, and manages to defeat him ending SAO with a total of 6,147 survivors.

Despite SAO has ended, Asuna remains unconscious and Kirito learned from Agil that Asuna is trapped in another virtual reality called Alfheim Online. Logging into Alfheim Online to rescue her, where he meets a player name Leafa, who is unknowingly, is his younger sister Suguha; who agrees to guide him to the head toward to the top of the giant World Tree, in order to get to Asuna. Arriving there and tried to get to the top of World Tree, but rescue by Leafa where he soon learns Leafa’s identity as Suguha where Suguha reveals her feelings for him in the real world. Not knowing how to respond or comfort her, Kazuto tells her he will be waiting for her in game. When they meet up they engage in a fight which culminates with both of them letting down their guard expecting the other one to kill them, however that only leads to them hugging and apologizing to each other. Leafa lets go of her feelings for Kirito and after pulling herself together Leafa helps him rescue Asuna from the top of the world tree.

Eventually Kirito manage to reach to the top of the World Tree and see Asuna again where he was confront by Sugou going by Oberon, binding them both with gravity magic. Oberon then stabbed Kirito with his sword, and then critically damaging Kirito by increasing Kirito’s pain limit and impaling him. When the consciousness of Akihiko Kayaba reminded Kirito how he was defeated by Kirito’s determination and give him his admin ID and password and remove Sugou’s GM status, Kirito then blinds and dismembers him after setting Sugou’s pain limit to the maximum declaring the pain was much more painful in SAO compared to ALO. After rescuing Asuna, he soons receive a program from Kayaba called the World Seed which revitalizes the VRMMORPG genre, after Kirito has it upload by Agil on the Internet. 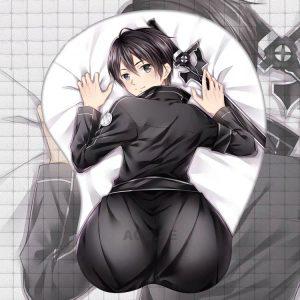