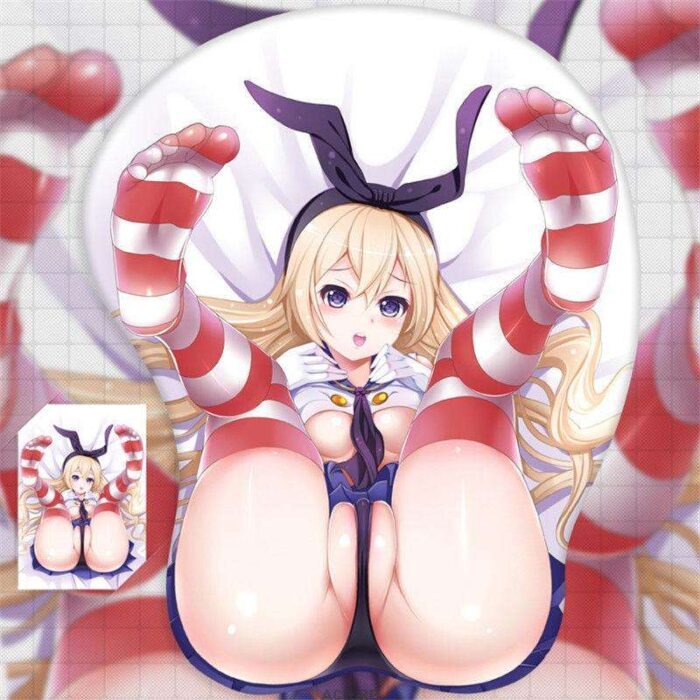 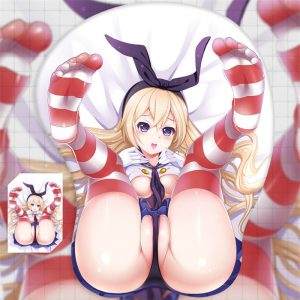 Shimakaze wears a sleeveless serafuku with golden buttons that exposes her midriff and a very short skirt. Her black undergarments are seen on her hips, and wears red striped stockings with gray shoes with rudders acting as heels. She has long blonde hair held in place by a hairband that resembles a bunny’s ears and has modest breasts. She is often accompanied by Rensouhou-chan, three gun turret familiars which originated from Shimakaze’s three twin 12.7 cm/50 naval gun turrets. One of her Rensouhou-chan has a lifebuoy with “Zekamashi” scribbled onto it.

himakaze is hyperactive and excitable, but is also absent-minded. She prides herself as being the fastest in her fleet, and boasts about her speed very frequently.